Bleeding after menopause, also known as post-menopausal bleeding (PMB), is a condition characterized by vaginal bleeding after 12 months of menopause. PMB is not pertinent to young women having amenorrhoea (absence of menstrual periods) due to anorexia nervosa or having a pregnancy followed by lactation. PMB may be related to those young women who are suffering from premature ovarian failure or premature menopause.

Menopause is a natural biological process resulting in a permanent cessation of menstruation. Menopause usually occurs in women during the fifth decade of their life. Menopause is confirmed by an absence of menstrual periods for 12 months consecutively.

In most cases, PMB is harmless, but sometimes it may be secondary to an underlying medical disorder. Therefore bleeding after menopause should be carefully investigated.

The common causes of post-menopausal bleeding include:

Determining the cause of postmenopausal bleeding

The cause of PMB can be determined by physical examination, medical history, and additional laboratory tests. The common tests that are employed are as follow:

Treatment of the PMB depends on the underlying cause of bleeding. Management of some of the common causes of PMB is as follow:

The treatment of advanced endometrial cancer may include hormone therapy, chemotherapy, and radiation therapy. Early detection and treatment of the cancer can result in full recovery. 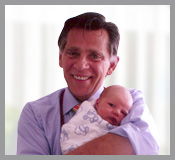